There are several principles and conventions which we follow in discourse (texts or conversations). This unit looks at how we organise information when we speak or write and the implications of this for word order, grammar and vocabulary. The unit goes on to describe other discourse features such as the use of linking words between sentences, stylistic devices and the choice of words appropriate to their context of use.

1A. The information principle

When speaking in English we usually sequence words so that we move from something known (already mentioned or obvious from the context) at the beginning of the sentence to something new at the end:

‘Do you know where John is?’

Notice how the pronoun He refers back to John, this kind of economic use of language is called ‘cohesion’.

When writing in English we usually organise the information in the same way that we do in speaking. Starting sentences with information which relates back to something already mentioned helps the text to ‘flow’ more smoothly and makes it easier for the reader to understand it:

Another striking feature of the capital’s squares and parks are the plane trees. The plane tree can reach 35 metres in height and has leaves similar to those of the maple. It has a vigorous and robust habit and is highly resistant to cold and air pollution. These features make it an ideal choice for city parks in northern Europe.

We do not usually put new information at the beginning.

In English we prefer to put long and complex phrases at the end of a sentence. English prefers sentences to be ‘light’ at the beginning (before the main verb) and ‘heavy’ at the end. Long complex clauses also often contain new information, so this principle and the information principle reinforce each other:

A striking feature of the central areas of the capital are the elegant classical squares which were originally laid out by aristocratic developers in the eighteenth century.

Sentences with a heavy clause at the beginning can seem clumsy and be difficult to understand:

[The elegant classical squares which were originally laid out by aristocratic developers in the eighteenth century are a striking feature of the central areas of the capital. ]

Note: But the information principle is more important in text than the end-weight principle, so we can put a heavy clause at the beginning of a sentence if it contains familiar information linking it to the preceding text:

London has many public parks and squares which date from previous centuries. The elegant classical squares which were originally laid out by aristocratic developers in the eighteenth century are a striking feature of the central areas of the capital.

In this example Jim and nightclub are the focus – they seem the most important issues:

Jim invited Lucy to the nightclub

If we want to put the focus on an item that doesn’t naturally come at the beginning or end of the sentence (e.g. Lucy) we have to manipulate the grammar to bring the item to the front focus position. We call this ‘fronting’. For example, we can use cleft sentences:

It was Lucy that Jim invited to the nightclub.

Lucy was the girl that Jim invited to the nightclub.

Similarly, we can give focus to something by moving it into the end focus position:

The girl that Jim invited to the nightclub was Lucy.

We sometimes need to break the principles of word order to create effects of emphasis and contrast. Because word order in English is usually fixed, we can emphasise something by moving it to an unfamiliar position. We often do this with adverbial expressions, objects and complements, and that and to infinitive phrases:

In order to follow the ordering principles when we are writing we have to choose suitable vocabulary and grammar. As the subject usually comes at the beginning of a sentence in English the simplest way to organise a sentence is to choose a subject which links with the previous information:

We sometimes use a noun which summarises the previous information:

The rioters threw petrol bombs at the embassy. The situation was getting out of hand.

We can choose alternative verbs or use the passive so that the appropriate subject comes at the beginning:

Our neighbours got a good price for their car [The local garage bought it from them.]

‘Guernica’ is a wonderful example of cubist art. [In 1937 Picasso painted it.]

Fleming’s behaviour was inexplicable. It was hard to believe that he had become this savage with a bare knife.

Steve went home. Walking towards his door, he noticed a piece of paper left on the doorstep.

We use various words and phrases at the beginning of a sentence to express a  relationship between what we are about to say and what we have just said. (We  also use words to link clauses within a sentence). The table below contains some common examples of sentence linkers:

1 We usually use these linkers in more formal English.

2 These are often adverbs of contrast.

A key feature of continuous text and of conversation is the use of reference words which tie different sentences together by making cross references backwards and forwards in the text. We generally do not repeat the same words:

We tend to avoid doing this because repetition is boring for the reader or listener and it is not considered stylish. A better alternative is partial repetition:

We can also use pronouns or other substitute words and in some cases we can omit the repeated information.

Although we try to avoid repeating words when we are writing a text, a useful way of making a text cohesive is to use similar grammar in different sentences, for example the same tense or aspect, similar word order or repeating a particular grammatical form:

Your world. To live and sleep in. To cook and eat in. To take a shower, watch TV or maybe do some work in.

Note: We avoid sudden changes in grammar as this often looks clumsy and it can make a written text difficult to understand:

[ I can’t wait to lie on the sand. Swimming in the sea is great. To sunbathe is something I would love to do as well.]

✓ I can’t wait to be lying on the sand, sunbathing and swimming in the sea.

If we want to create a dramatic effect or make a strong contrast, we can repeat an unusual grammatical pattern. But we usually only use this device in narrative and fiction because in less literary contexts it can seem inappropriate:

Rarely had I seen such a ramshackle boat. And never had I actually been expected to get on board one.

A key feature of the use of language which is appropriate to its context is the choice of vocabulary. Most English words are ‘neutral’ and we can use them in any situation. But some words are only appropriate, for example, in a formal situation and others only in an informal context. Compare these examples which say the same thing in different registers:

The show kicks off at nine. (informal)

Certain forms and grammatical patterns are more suitable for formal situations, e.g. passives, subjunctives, infinitive phrase subjects and non-defining relative clauses. There are other patterns which we usually use for more informal situations, e g. passives with get, sentences ending with prepositions, using verbs as nouns and it cleft sentences with when and where

Here is another set of examples which differ not only in choice of vocabulary but also in the choice of grammatical patterns:

I regret that I am unable to attend due to a prior engagement. (formal)

Sorry I can’t make it but I’m a bit tied up tonight. (informal)

Note: In written English we usually do not mix formal and informal language in the same text unless we want to create a comic or ironic effect:

✓ The Minister was unable to attend the reception due to a prior engagement.

The IELTS test assesses our abilities in reading

END_OF_DOCUMENT_TOKEN_TO_BE_REPLACED

The IELTS test assesses our abilities in listening

END_OF_DOCUMENT_TOKEN_TO_BE_REPLACED

How to do Communicative Language Teaching Classroom

END_OF_DOCUMENT_TOKEN_TO_BE_REPLACED

how can i learn english for usa study abord

END_OF_DOCUMENT_TOKEN_TO_BE_REPLACED

how can i studying aborad english usa

END_OF_DOCUMENT_TOKEN_TO_BE_REPLACED

How can i learn PTE English knowledge

END_OF_DOCUMENT_TOKEN_TO_BE_REPLACED 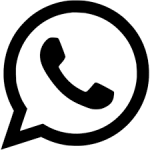 close
Open chat
Hello!
Powered by
Hello,
Can we help you?